I don”t get the science, and I don”t get the mates. It”s not my roll. I”m going to write, my thing is language, languages. My best friend laughs at me and calls me letrose, because the word looks like leprosy, it must be something like I lack a piece of brain that”s fallen on me.

Well, okay, whatever, but what good is it for me about equations and particles and those cognac? Do you pay for that at the supermarket? Are you going to give me a better job of understanding that? No joke, because I want to be instagrammer, and that”s why you don”t need the mates or the scientific rolls.

The only thing that I can think of that could actually mock science is to refute the landlords. How fun. Have you seen the tweet running around?Yes, yes, that says:

“Finally, a Chilean terraplanist group! [Will we soon be millions around the globe???]. .”

I die of laughter. But don”t you think the land is flat? So, it”s not a balloon, there can”t be people around!

By telling you this, I”m finding that it”s a little bit wet, right? It has its point to understand the world, to know how it works and why things are. That”s how hard it is to be deceived. So when someone tells me that land is flat, that climate change doesn”t exist or that animals don”t feel, I can tell you that there”s evidence to the contrary, and I can argue that. Hey, let me win all the debates!

Come on, I”m going to take a closer look at World Science for Peace and Development Day, which I think is starting to spark scientific curiosity.

Every year, World Science for Peace and Development Day encourages citizens to be informed about scientific advances, creating more sustainable societies, while fostering understanding of the fragility of the planet we live on. This Day offers the opportunity to mobilise all actors around such a vital issue as this.

Science helps the progress of societies. That is beyond doubt. It is the tool the human being has to understand the world around him and to apply that knowledge to his benefit. Scientific advances enable us to find solutions to the new economic, social and environmental challenges with which to build a sustainable future. Scientific research also has a role in peace-building by promoting international cooperation to achieve sustainable development.

The objectives and contents of this proposal can be related to the International Day of Girls and Women in Science (11 February) and World Health Day. (7 April). We also relate it to an interesting Aragonese connection: [Discovery of a supernova from the Astronomical Observatory of Javwire (December 12)].

Here, as in many other places, Women”s and Girls” Science Day is celebrated with particular intensity (11 February). Government of Aragon, University of Zaragoza, municipalities… carry out broad agendas of activities (exhibitions, round tables, workshops and didactic sessions). It helps to make progress on the road to equal opportunities and to break prejudice. 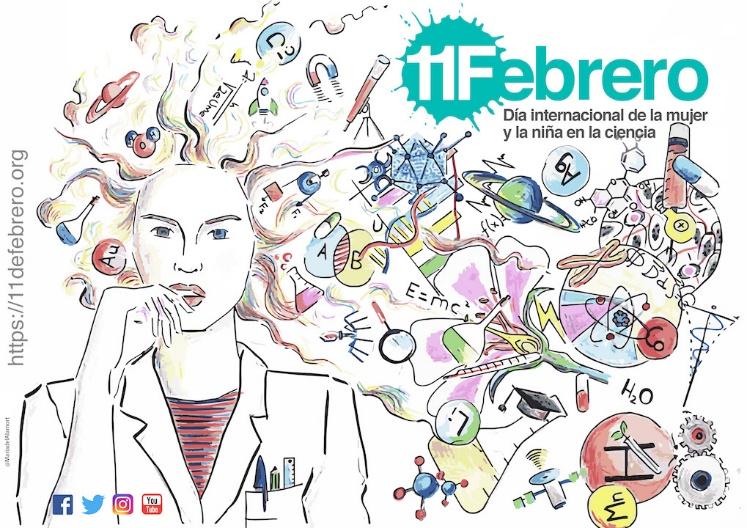 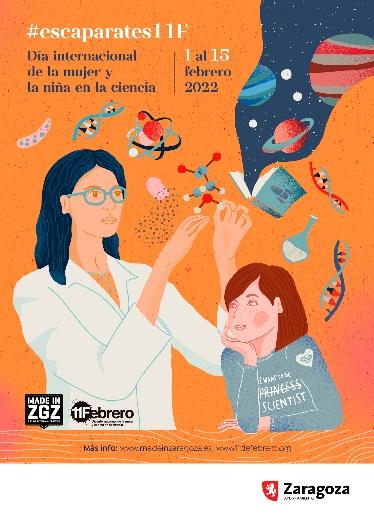 This Day originates from the World Conference on Science, held in Budapest in 1999, under the auspices of UNESCO and the International Council for Science (ICC). It also opens the International Science and Peace Week, which had been held since 1986 (International Year of Peace).

Since its proclamation by UNESCO in 2001, World Science Day for Peace and Development has generated many concrete projects, programmes and funds for science around the world. The Day has also contributed to fostering cooperation between scientists living in conflict-marked regions, such as the establishment of the Israeli-Palestinian Science Organization (IPSO), supported by UNESCO.

The purpose of this day is to renew the commitment, at both the national and international levels, to science for peace and development, and to emphasize the responsible use of science for the benefit of societies, in particular for the eradication of poverty.

World Day is also aimed at raising public awareness of the importance of science and bridging the gap between science and society. It is an opportunity to reaffirm each year the will to achieve the objectives proclaimed in the Declaration on Science and the Use of Scientific Knowledge: 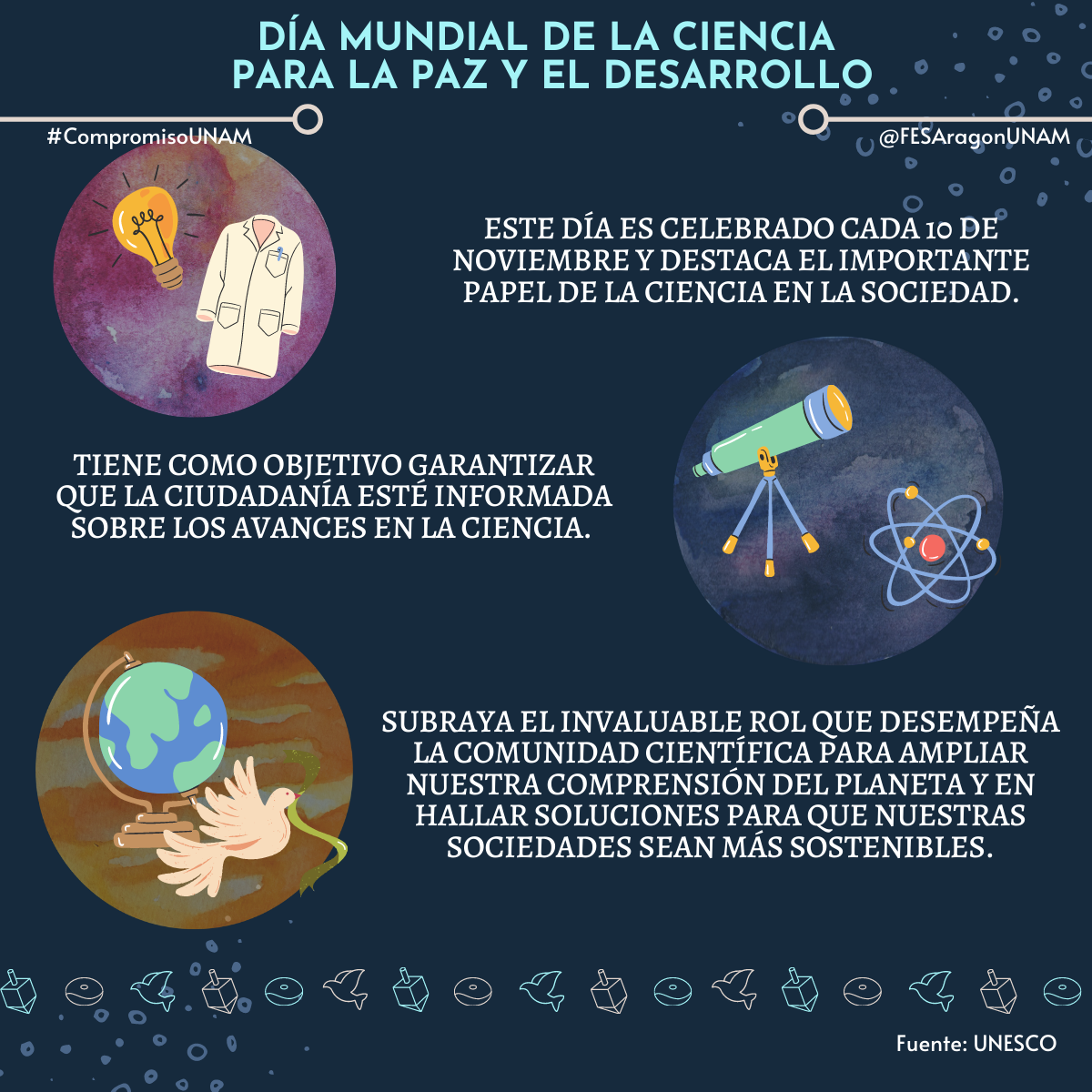 Proposals for the professor

As a general introduction, it is recommended that a brief audiovisual document of a general nature be visited: “Frontier Issues: Artificial Intelligence and development.”

From the premises formulated in the information provided, it may be interesting to promote some conversation (adapted to ages and cycle) on topics such as: How does science help development and peace? Can science and technology also be used for opposing purposes? (e.g. the arms industry) How can that idea be reversed? (Exploring contradictions is always stimulating.) 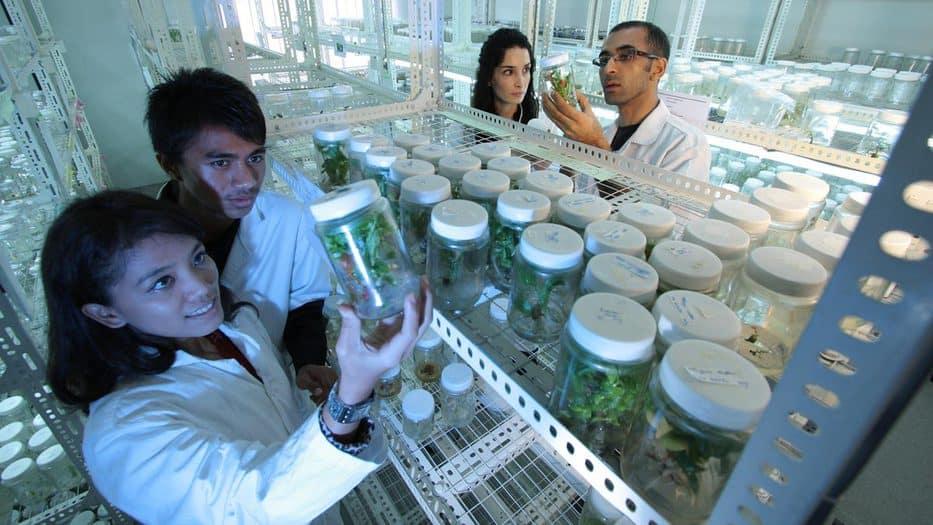 The connection between Aragonese scientists and scientists, such as the blog of the Asociación Ciencia Viva, can also be strengthened.

Regarding the International Day of the Girl and Woman in Science, the Pioneers website of the University of Barcelona can be visited as a sample button. For a “lateral” look (working conditions, dehumanization against the machine…) a
fragment of Modern Times (Chaplin) could serve as a foot.

Objectives that helps to comply with this proposal

Subjects to be linked